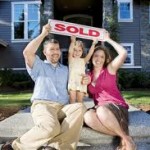 A former housing market skeptic has become a housing market booster, telling a gathering of real estate insiders on that now is “a great time to buy a home.”

Chris Thornberg, former UCLA economist and founder of Beacon Economics, once criticized the National Association of Realtors and other housing industry bulls for saying that same thing back.

In 2007, the Realtor association had launched an ad campaign telling Americans that it was a good time to buy or sell a home.  Thornberg disagreed with their stand, telling the Orange County Register that buying a home was folly at that time.

Now, four years later, at the Voit Real Estate Services’ commercial real estate forecast in Newport Beach, Thornberg is saying: “If you’ve been thinking about buying…… buy now.”  But don’t expect prices to bounce back next year, he warned. Or the year after that.  “It is definitely a long-term hold,” he said.

Thornberg’s forecasts have been increasingly optimistic over the past two years ago.  But Thursday, Thornberg said, “I’m probably the most optimistic than I’ve been about the economy in the last eight years.”

Thornberg cited a host of indicators pointing to improvement. Durable goods orders, industrial production, imports, exports, rail car loadings and hotel occupancy rates all are up. Home and consumer delinquency rates are down.

Commercial real estate vacancies have peaked and are starting to come down, he said.  And, the threat from the Euro debt crisis is overblown. At worst, it will cause a mild recession in Europe, which won’t be enough to bring down the world economy,  he maintained.

Inflation? There’s “no sign of inflation at this point in time,” he said.

Thornberg cautioned that the economy isn’t out of the woods. Consumers still are overspending. A solution is needed to the federal deficit. A financial panic could derail the recovery.  The U.S., he said, still is far from full recovery.

But “this is going to be a good year,” he concluded. “You’re going to see pops in all sectors. Yes, there are some bumps out there. … But this is as optimistic as I’ve been in a long time.”